Prepare to be blown away! Nothing short of stunning!

Prepare to be blown away! An utterly jaw dropping, blockbuster Aussie Shiraz with all the trimmings that absolutely smokes any other Aussie red you could find for fifteen bucks! This one-off, very limited edition release was made with one aim in mind – to produce an Aussie red exclusively for the NZ market that over delivers for the money. Does it what – this has it in spades!

They say that two heads are better than one – but one case will not be enough. It took two heads, almost two years of planning, fifteen months in oak and a final selection from just ten barrels. Oh, and a couple of beers to hatch the plan!

The two heads are Matt Broomhead (winemaker at Three Dark Horses) and David Healy (wine importer and distributor) and together those two heads have produced one seriously, seriously good Shiraz now up for grabs for fifteen bucks.

A deep, dark, inky colour in the glass, a delicious big and rich style that’s packed full of juicy, ripe berry fruit flavours with a long, luxurious finish. All this for $15 a bottle – it’s absolutely incredible.

When we say limited edition release, we mean it. Buy a case and you’ll be back or a second of a third, it’s that good. With only a few hundred cases made this ain’t gonna last so don’t hesitate. 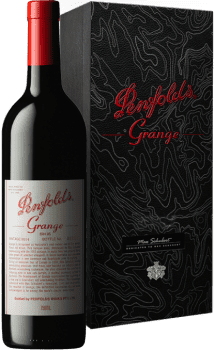 Hi. Due to high volumes of orders this week we are currently experiencing delays of 1-2 working days before dispatch. Thanks for your patience! Dismiss