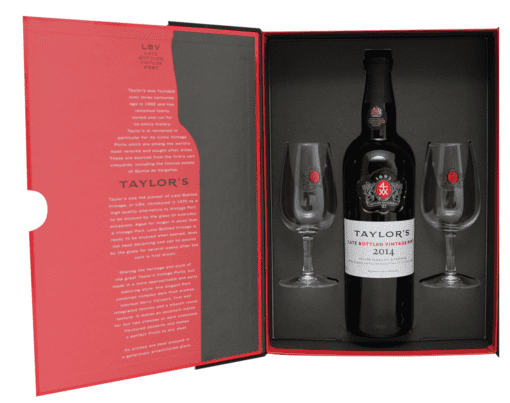 Raise a glass for the old man....heck, make it two.

Taylor Fladgate (known simply as Taylor’s) is one of the world’s most iconic producers of port wine. They’re also one of the oldest, providing the world with irrestistably yummy Port since ’92…1692 that is!

Yep this famous old Port house has been producing this style of fortified wine for over 325 years and recently produced a one-off, limited edition 325th Anniversary bottle in the shape of that original 1692 bottle. In pretty much every country in the world that sells Port, you’ll find Taylor’s.

LBV stands for Late Bottled Vintage – we like to think of ’em as a poor man’s vintage port at a much more affordable price. They don’t call it Late for nothing. While the more expensive Vintage ports are aged for just 2 years before bottling they’re intended to be aged for much longer. LBV’s are aged for 4-6 years before being bottled but once bottled they’re ready to crack open and enjoy.

So when would you bust out a cheeky bottle of Port? We always reckon it makes the perfect post dinner or late evening tipple. Served it slightly chilled (between 12-16 degrees) and serve with a wide range of cheeses (rich, blue veined style or soft like a camembert or brie) and almond or fruit desserts.

Delivered anywhere in NZ with your personal gift message.