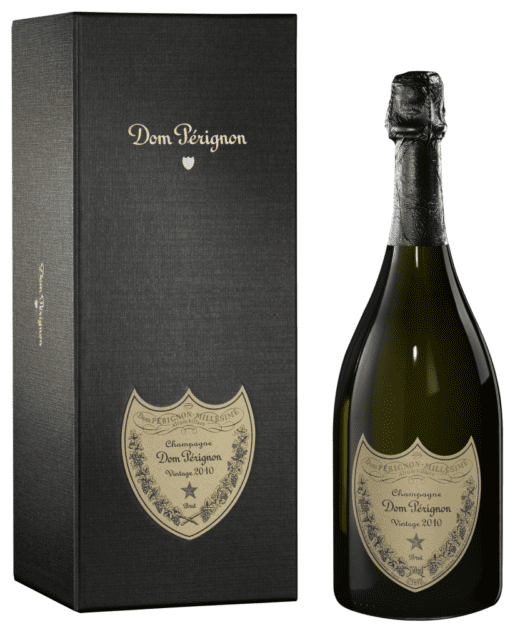 Dom Perignon was a 17th Century monk who strived to create the best wine in the world at the time. Oh, and he also invented a little thing called the cork! No wonder then that he’s dubbed as the spiritual father of Champagne. Dom Perignon Champagne

Upon drinking his first sip of Champagne he yelled “I’m drinking the stars!” Ironic, as these days it’s the stars who are drinking it. In fact, the rich and famous have been sipping Dom Perignon Champagne for over 90 years since its first release in 1921.

This 2010 release is the 44th vintage of this luxury vintage Champagne brand that is known to often fetch ridiculous sums at auction houses. The 2008 vintage was a tough one in Champagne so every bit of know-how and experience was needed to ensure it hit the high, high bar of a declared Dom Perignon Champagne vintage.

2008 saw the changing of the guards of Dom’s “Chef de Cave” role from Richard Geoffroy to Vincent Chaperon. Since 1990 Geoffroy oversaw an impressive 15 vintages of the world’s most famous luxury Champagne. Asked what he plans to do next he simply said “It’s not wine, that’s all I can say. There is no wine life after Dom Pérignon.”

On this latest 2010 release, Chaperon simply said “The creation of Dom Pérignon Vintage 2010 took equal parts mastery and humility. I hope it never ceases to inspire you.”

Packaged in a Dom Perignon branded gift box and delivered anywhere in Aotearoa with your personal gift message.