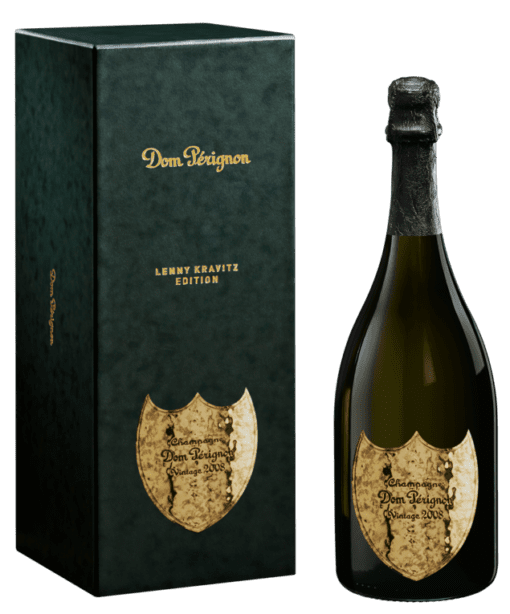 Grammy Award-winning singer, musician, songwriter and record producer, actor, photographer and designer. And occasionally likes to enjoy a flute of one of the world’s finest vintaged Champagnes! Kravitz has created an exhibition called “Assemblage” where it will debut in New York City before traveling to London, Milan, Tokyo, Hong Kong and Berlin.

Kravitz invited a diverse group of talented from music, cinema, fashion, dance and sports for an evening of food and fine Champers at Stanley House, a 10,700-sqft, five-bedroom mansion perched on the Hollywood Hills with panoramic city and ocean views, designed by Kravitz and his interior design firm. Kravitz then photographed the evening using a Leica Monochrom camera for his black and white photo exhibition.

We were gutted to miss out on an invited to the shindig, but we did score an allocation of his Limited Edition 2008 Dom Perignon which has Dom lovers worldwide going crazy for.

“When I think about Dom Pérignon, it is all about bringing people together,” Kravitz says. “It is all about communication so that you can then have inspiration and be inspired to do something. You do not need an occasion. Life is the occasion.”

Comes presented in this striking “Lenny Kravitz Limited Edition” Dom Perignon branded gift box, featuring Kravitz’s signature on the box and inside, and delivered anywhere in NZ with a personalised gift message.