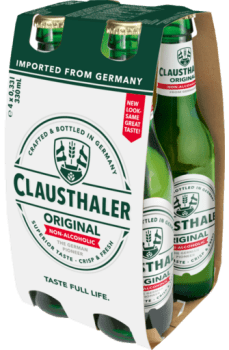 1972 saw the world introduced to the video game ‘Pong’, Swedish music group ABBA were formed and in Germany a group of brewers decided to create the world’s first tasteful, non-alcoholic beer.

The world ‘Clausthaler’ literally means to convert to, or change to, and if you’re looking to switch to beer without the booze this is your guy.

Brewed in strict accordance with the German purity law this is a crisp, full flavoured German lager. Heck, they’re the most awarded non-alcoholic beer in Germany today.